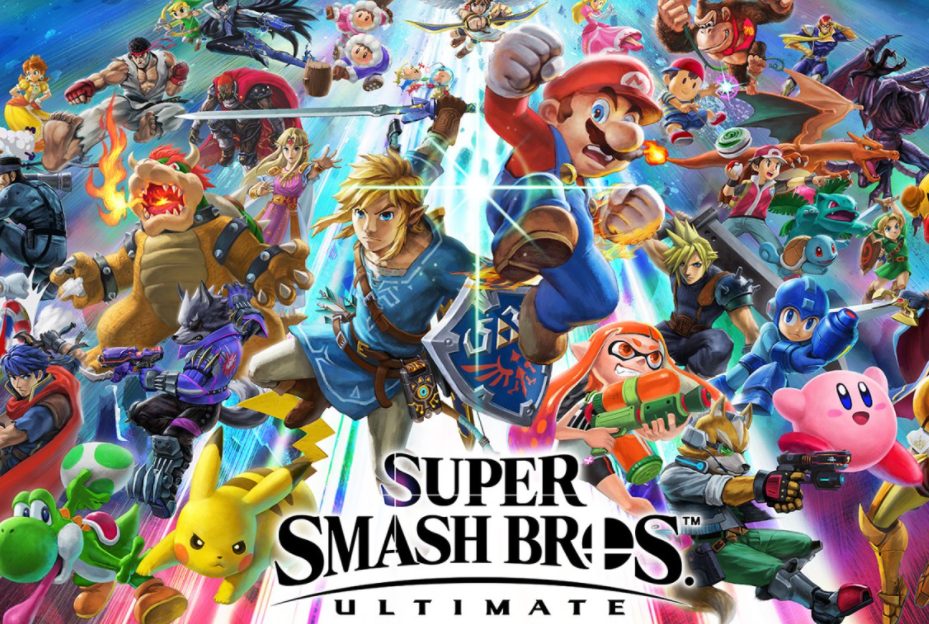 Super smash bros ultimate is an incredibly fun crossover fighting game. Chose your character from 74 game icons such as Mario, Pikachu, Zelda, and many others and fight enemies from all over the world. You can invite up to 4 friends to play with you in a squad and fight in a single battle together. This is a game for those who love fighting simulators and impatiently wait for new ones to be released. In this entertainment, each hero has its own abilities, superpowers, and perks. And your goal is to always use them to the maximum to win all fights. Attack, shield, dodge, and recover if an enemy kicks you off the platform. With special abilities, such as super Mario jumps, you can jump into the fighting platform even if an enemy pushed you away and you should have lost the match.
Battles take place in more than a hundred themed stages so you won’t be bored with the setting even if you chose to play for only a few characters most of the time. Besides a new location for each match, you can also switch between locations mid-match with Stage Morph!
To add more fun and difficulty, during matches, guest appearances can happen. Besides, you can restore your lives, powers, and get superpowers by collecting spawning items during the match. But hurry up, they disappear if you don’t catch them soon enough. Keep your eyes wide open to notice smash ball timely and get it. A smash ball unleashes your super smashing powers making you able to kill any enemy with just one hit.
During a super hard match, you can call for a backup summoning a Pokémon or assist trophies allies such as dragons, ferocious bull, or a combat aircraft.
The game has a flexible rule settings system: you can set a time limit for each match, stock, and stamina. You can also include different stats such as smash meter to see who is the best fighter among your friends based on different indicators.
The different modes of the game offer absolutely different experience when you play alone or with a group of friends. You can walk through in a classic mode with gradually rising difficulty, choose a team and fight against another team, participate in a tournament with up to 32 players, or join a smash mob with multiple players fighting at the same time in the same location.
It is an insanely colorful, dynamic, fun, and challenging fighting simulator that every fan of the genre will enjoy!